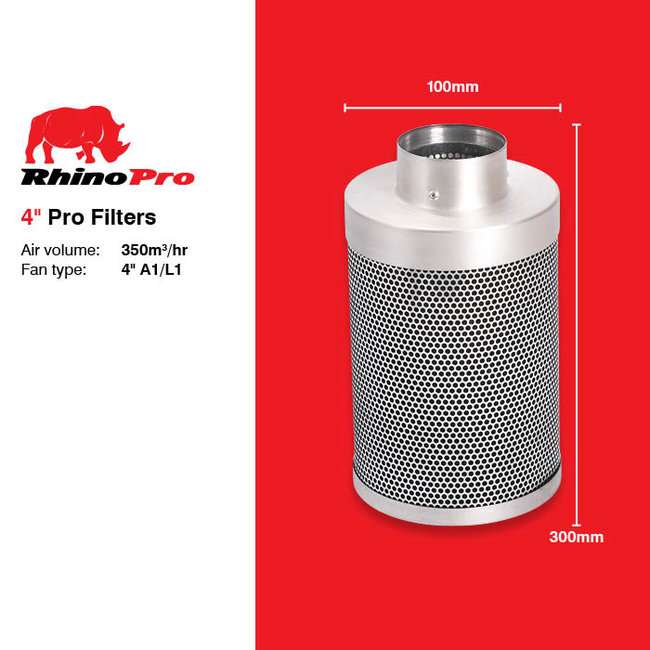 There are 3 types of carbon used for air filtration; Pelletised, Coconut and Granulated.

Pelletised carbon is produced by burning coal and processing it into tiny rods. These are then broken up and distributed through the filter. This method is probable the worst carbon to use in air filtration. The process of creating the pelletized carbon involves the carbon been crushed in to pencil like structures then bonding agents are added to hold the pellet together this collapses the pores structure which in turn makes the carbon less affective as the organic microbes cannot be absorbed by the carbon. Because of the small pores size of the palletized carbon it will only be re activated to about 50% or less which in turn affects the absorption rate. Also pelletized carbon contains a large percentage of ash.

Coconut carbon is produced by burning coconuts. This produces carbon with a greater surface area than coal but with much higher ash content and higher moisture levels. Ash is a "dead" material within the carbon and offers no benefit to the user, coconut carbon carries around 20% ash with a 5% moisture level, this high moisture level detracts from the overall adsorption of the filter. This carbon only has about a 12 month life span and is very ineffective.

Most granulated carbon is produced by burning coal but it is left unprocessed this gives you the virgin granulated carbon used in Rhino Filters. This carbon has very low ash content less than 13%. The carbon is almost magnetic to the organic compounds in air (odours).

How is carbon produced?

By burning a source material, usually coal; the remaining material after burning is carbon. The carbon is burnt is a kiln at a very high temperature but with very low oxygen content and a high moisture level.

What is activated carbon?

Carbon is activated by burning it in an oxygen-depleting atmosphere. Similar to how wood smoulders in a stove when only a small amount of oxygen is present. In a kiln it is similar, but there is much less oxygen and the temperatures are much higher. When the carbon is exposed to these high temperatures in the presence of little oxygen and with excess steam, microscopic pores open up within the carbon. This creates a greater surface area and "charges" the carbon with positive electrons. Pelletized carbon can be re-activated but its efficiency drops to under 50%, The RC412 is a by product burnt coal what makes this carbon better than any other for air filtration is how it burns, some coal will not burn at the same temperature this is because of the source of the coal. Some carbon contains more impurities than others and once burnt still remains unusable for air filtration because the pours size is so small. RC412 burns at such a high temperature that when it is subjected to very low oxygen levels and activated by steam it opens the pores of the carbon and positively charges the carbon. Our 100% virgin carbon is activated in the largest carbon kiln in the southern hemisphere by Tiwest industries Tiwest ensure every batch of RC-412/RC412 carbon is pure and consistent to the highest available standards. The end result is 24 carat carbon ASTM guaranteed.

What importance does pore size have on carbon?

Pores size is very important as the bigger the pore size the easier it is for the carbon to absorb organic compounds. RC412 has a pore size of 0.02mm which is large in the carbon world. Anything under this will affect the absorption rate of the odour.

Meso pores favour 80% of our total carbon structure. It's so simple, extra large pores for extra large particles. Rhino Filters do not clog prematurely and over three years of continuous heavy usage. Meso pore carbon is as rare as 24 carat gold and about as expensive... but with Rhino Filters, we never cut corners!

Ash content is the amount of "dead" material left when carbon is produced. All carbon contains some ash but as it's an inactive substance, less is better than more. Coconut for example can contain up to 20% ash, meaning it can only ever be 80% effective. Our carbon – RC412 – contains only 13% ash.

What about Carbon Purity?

As pure as gold. Rhino filters offer one of the highest fixed carbon contents per gram of any carbon on the planet with up to 90% pure carbon in every gram. Every batch of carbon is tested, refined and graded specifically for Rhino Filters by Tiwest Industries.

Contact time is a measure of how long contaminated air needs to contact carbon for total removal of impurities. At an estimated 0.05 seconds, our carbon has one of the shortest contact times of any carbon available. All the factors discussed above contribute directly to this. This allows Rhino Filters to use less carbon than competitors and return massive reduction in overall filter weight with superior university proven results.