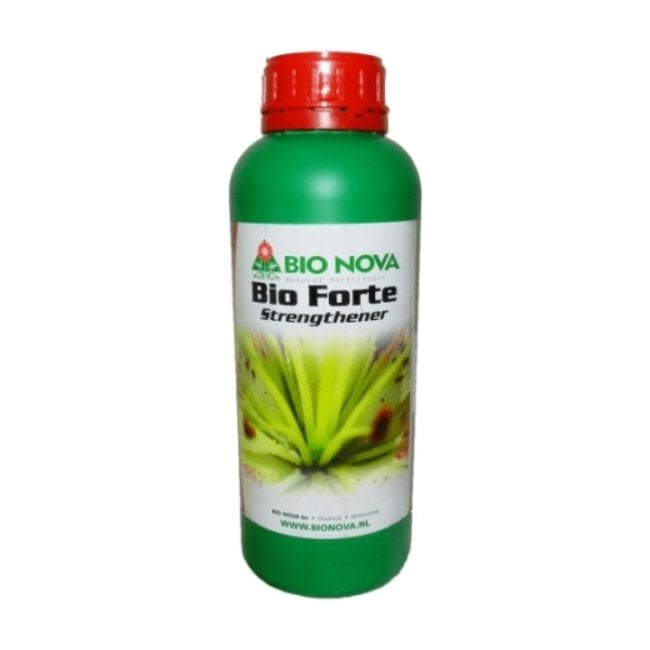 BioForte contains a special combination of phosphor and potassium. In fact these are regular fertilisers, but they are brought together in a special compound. Read more..
International Orders & Shipping
WhatsApp Support: +447498904773

As a result of cultivating under unnatural conditions, such as is the case with indoors cultivation, crops are no longer able to provide in the production of its natural antibodies caused by energy deficiencies: all energy is usurped in order to realize an optimal yield as soon as possible. This is called the strategy for survival. After all, survival of the species is the primary goal of plants. Very severe conditions could even lead to homogenous plants.

Consequently, crops are no longer able to repel a great number of diseases, fungi and vermin, which makes it necessary for the gardener to intervene by means of pesticides. However, pesticides wary out plants even more, resulting in  the well-known consequences for humans and their environment.

BIO NOVA would not be BIO NOVA, if they did not come up with a solution: a solution aimed at the basis of the problem in the form of a plant strengtheners, which enables the crop to defend itself naturally against a great number of plagues, even under severe conditions.

BioForte contains a special combination of phosphor and potassium. In fact these are regular fertilisers, but they are brought together in a special compound.

(AdenosineTriPhosphate and AdenosineDiPhosphate). These energy carriers on their turn enable processes which demand a great amount of energy, such as the forming of poly-phenols and phyto-alexins without affecting the production. On the contrary.

This BioForte plant strengthener does not have any side-effects and guarantees a healthier crop with a higher yield and sufficient energy in order to protect itself from a great number of plagues without having to use any pesticides.

BioForte contains a special combination of phosphor and potassium. In fact these are regular fertili..